BUT NOT IN A CREEPY WAY…..I SWEAR 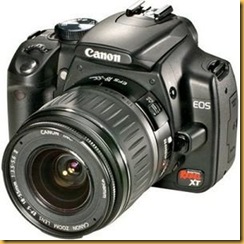 One of my numerous SUPERPOWERS is my photographic memory.  You’ve heard of people with photographic memories, right?  There are individuals who live and breathe among us who have the ability to remember everything they see.  They can look at a page in a book and remember what it said……forever.   They can remember the license plate number on the get-away car.  Grocery list? No problem.  And if you can sit next to one in the casino, you’re a sure WINNAH!

I may not be that helpful at a crime scene but this special gift of mine has come in handy …..and then it backfires.  For instance:

I was once on a plane and spotted a man that I was sure I had seen before.  Does that happen to you?  You see someone who you know looks familiar but you can’t quite place where you know them from.  It drove me crazy.  I spent the entire flight trying to figure out if he worked in my office building.  Maybe he was a sales rep that visits my office.  Maybe he was one of my husband’s customers.   Maybe he was the fish guy at Publix.  Did we go to the same church?

Finally during a lay-over in the Atlanta airport restroom, I saw an adorable, blonde haired, blue eyed little girl with her mom.  They had on these really cute, Mommy and Me, Lilly Pulitzer dresses.  And that’s when it hit me.

They were the wife and daughter of the the guy who owns the pizza place in my neighborhood.  It was the Pizza Guy on the plane.  Just a few days earlier, I had stood at the counter waiting to pay for our pizza and admired the photograph on the wall of the wife and daughter.  I was so relieved to have figured out who the guy on the plane was. I strutted right out of the ladies room and walked over to the waiting husband/father/pizza guy and told him how I had figured it all out.  As he eyed me carefully while watching for his family, it didn’t even occur to me that it might seem slightly creepy that I recognized his family from a snapshot on the pizza wall.  Hey, can I help it that I have SUPERPOWERS?

I received a message on facebook a few months ago from an old elementary school friend.  He moved to Florida just before we made the jump to middle school.  He heard that MHS and I now live in his neck of the woods and wanted to get together some time.  I was overwhelmed with work, MHS’s business and life in general and promptly blew him off promised to make a plan in the future.

Yesterday while leaving our local bagel place, I held the door for a woman, teenage girl and man who were mysteriously familiar to me.  It wasn’t until they were getting in the car that I realized I knew them from facebook pictures.  It was my childhood friend.  I felt a little foolish chasing down his car so instead I later sent him a message asking if he had been at the same bagel place that morning.  He had.

I didn’t bother to explain that the only reason I recognized him was because he was with the same people who are in his profile pictures.  I am nothing if not a fast learner.  We’ll just keep my slightly creepy, somewhat stalkerish photographic memorific SUPERPOWERS between you and me.
Posted by Smart Mouth Broad at 8:51 PM 22 comments:

Labels: I'm NOT a weirdo

I FINALLY FOUND THE SECRET 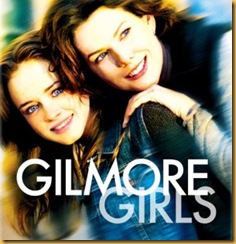 After all these years of searching for the perfect weight loss plan, I’ve finally found it.  Are ya’ll ready for this?

Allow me to explain.

Daughter #2 had a tonsillectomy last Thursday.  We were warned in advance and every day since when I call the doctor to question a new development that the healing process for an adult is much harder and takes much longer than when the very same procedure is performed on a child.  No one seems to be able to explain why but I am here to tell you it is true.  The poor thing is 8 days out and still suffering quite a bit.  I’m still sleeping with her as she has to have medication during the night and I’m the designated nurse.

*Let’s all take a moment of silence to pray for poor D2 who must not only suffer through the pain but also my sorely lacking nursing skills.*

So D2 and I are doing some serious bonding while we lie in bed watching all seven seasons of Gilmore Girls, eat ice cream and drink coffee.  Well…..I’m drinking coffee.  D2 is mixing it into her ice cream……which by the way is very, very good.

Anyway, back to the topic at hand.  Whether it’s is the lack of sleep, stress and worry or a miraculous combination of Lorelai, Rory, coffee and ice cream, I’ve lost 8 lbs.  I’m not going to question it.  I’m going to embrace it.

Got to go.  Another episode is starting and I can’t find my ice cream scoop.